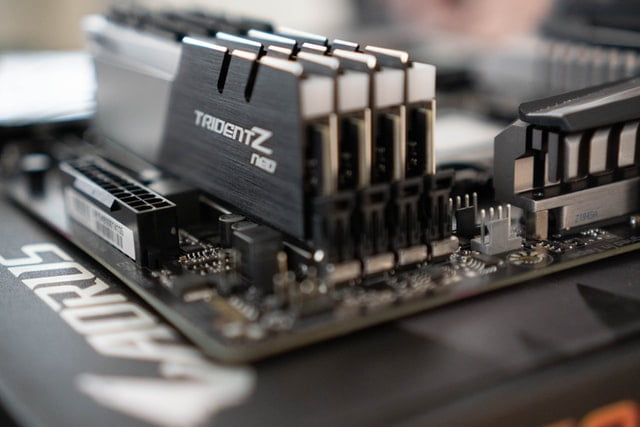 How Much RAM Do You Really Need?

The quickest answer to this question is: most users will likely need 8GB-16GB of RAM.

But, the real answer is its depends on your requirement of your work

We’ll go through How to choose the right ram for pc in this article. When choosing RAM for your system, we’ve highlighted four key variables to consider.

Are you planning to construct a high-end workstation PC for video editing, graphics design, and other similar tasks? It’s a good idea to purchase at least 16GB (or more, depending on your budget).

Are you putting together a low-cost gaming PC? For the time being, 8GB is a decent starting point.

Yes, certain games now require more than 8GB of RAM, but for the most part, 8GB will enough. Furthermore, RAM is the simplest component in your computer to increase. Upgrading your memory is as simple as adding another stick to your PC if your motherboard has vacant DIMM slots.

So, if you’re creating a high-end gaming computer or professional PC on a bigger budget, Start with 16GB (or more) to begin or 8GB of RAM if you’re on a limited budget so you don’t have to reduce your CPU or GPU, see upgrading Ram cost less then CPU and GPU, moreover there is at least 2 slot for ram so you can buy later on if you want to upgrade your ram.

Not every RAM is suitable for all systems. When evaluating a memory kit’s compatibility with your other components, keep the following in mind:

CPU Heat sink Clearance: Compatibility difficulties with some CPU heat sinks have also been reported with specific memory kits. Air CPU coolers that are large and heavy frequently dangle over DIMM slots. They can also prohibit memory kits with tall heat spreaders from being fitted in some cases. So, if you’re going to buy a huge bulky liquid cooler or air cooler and RAM with tall heat spreaders, double-check to be sure your air cooler won’t interfere with your RAM.

Ram Form Factor: There are only two types of RAM available:

All you really need to know is that if you’re constructing a new desktop PC or upgrading an existing one, make sure you purchase DIMM form-factor RAM rather than SO-DIMM RAM because desktop motherboards don’t support SO-DIMM memory

Speed of the Ram

The performance of a memory kit is mostly determined by just two factors: frequency and latency.

Latency, on the other hand, is the time it takes for a system command to be performed after it has been input. The faster the memory can pass on to the next process, the lower the latency.

When assessing the total performance of a memory kit, latency and frequency are connected, but they are not the same thing.

In general, higher-frequency RAM will have a greater impact on system performance than a kit with a lower frequency and lower latency.

This, too, might vary based on how you use your system and/or the games you play. RAM that runs at a faster frequency can boost performance in some programs and games while having little to no effect on others.

So, to figure out what RAM frequency is best for you, consider the kind of applications and games you’ll be operating and whether or not quicker memory would improve performance.

Remember that RAM is SIMPLE to upgrade

It’s also crucial to match your RAM to the quality of your construction. You don’t have to install 16GB of RAM in a $400 (Rs.29,919.62 ) gaming PC setup since the extra expense of moving from 8GB to 16GB will force you to compromise other components (like your GPU and CPU). that will have the most influence on your game performance.

Furthermore, keep in mind that RAM is by far the simplest component of your system to update. Because RAM is so simple to replace, if you’re on a limited budget, it makes sense not to overspend on memory while selecting components for your system.

Consider the following situation to get the logic….”How to choose the right ram for pc”

You want to create an entry-level gaming PC, and you decide to put 16GB of RAM in it. The price difference between 8GB and 16GB of RAM is around $75. So, effectively, selecting 8GB of RAM over 16GB of RAM saves you $75 on your budget.

Because you’re already on a limited budget, you probably won’t be able to spend on your good motherboard, power supply, or casing if you spend more on ram . so, remember CPU, GPU and other parts are way costlier then RAM so changing GPU and CPU frequently will increase your expend, if you have low budget then put 8gb and if you find more requirement of RAM then filed the empty RAM slot.

Moreover the issue here is that if you want to enhance your gaming performance, you’ll need to totally replace your CPU and GPU. This implies that the money you invested on your original CPU and GPU is gone (unless you recoup some of the losses by selling them )

However, if you start with 8GB RAM with a superior CPU and GPU combination, your initial upgrade may up to 16GB of RAM for only $75. And, rather than changing your old memory, simply install a new stick. As a result, you do not have to lose the money you have already invested in the system, despite the fact that many people claim “you need 16GB of RAM for gaming now,” if you don’t have a huge budget to spend on your build, starting with 16GB of RAM will actually harm your performance and make your upgrading process more difficult in the future.

Which RAM you will buy for your computer

RAM is a relatively easy component to select for your system. The amount of RAM you should purchase its depends on your budget. If you are on a limited budget, start with 8GB of RAM, which should suffice until you have enough money to buy an extra 8GB RAM.

Finally, we hope that, the criteria stated above assist you in selecting the best RAM for your budget.

Here are some of the Branded gaming Ram categories