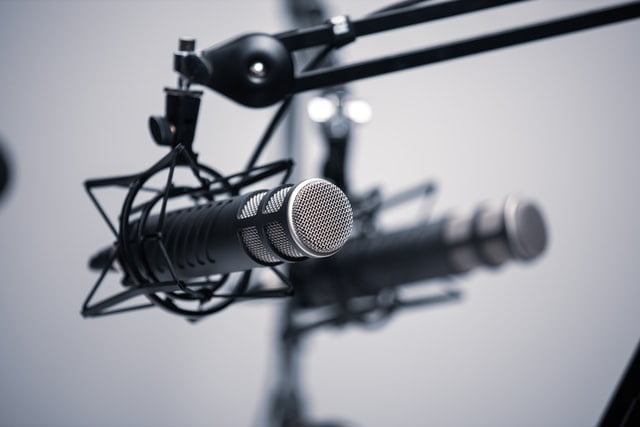 I sit almost 7hrs a day for two days to understand how a good microphone should perform, I watch as many as 14 YouTube videos and tested 4 headphone to understand the category which makes Best Microphone For YouTube In India

To write this blog its take me five days to complete, spend more than two days researching and testing about the microphone, frankly speaking, I don’t own this microphone, for testing, I borrow from my friends who own computer parts shop, Thanks to him.

The earlier microphone uses to be simple with no bottom or controller but today’s microphones are pretty changed and they are very advance then we thought.

My list will be consist of professional microphones which will costly, after that there will budget-friendly microphone list which will be perfect for your needs, but all the microphones in the list are reliable with no minus point In the performance.

Here is the list of microphones which I found beginner-friendly and easy to use and performance it worth to buying.

The polar pattern of a microphone describes the area in which it picks up sounds. Some gaming microphones come with a variety of polar patterns, while others just have one.

Cardioid: The most used polar pattern is cardioid since it’s excellent for capturing a single vocal. Cardiod microphones form a tight cone around one side of the microphone, allowing it to listen to a very specific area while cutting out the rest.

Variations, such as supercardioid or hypercardioid, restrict the polar pattern, even more, taking up audio from a small region.

Bidirectional or figure-8 : microphones produce two polarity fields, one on each side of the mic,   Consider taping two hypercardioid mics together and facing them in opposing directions. It’s perfect for simultaneous recording two vocals, one on either side of the mic.

Omnidirectional microphones : are the polar opposite of hypercardiod microphones in that they listen in all directions, from all angles, front and rear. Room noise and ambient noises, such as audience chatter or reverb from a loud instrument or drumkit, are best captured using it. In a gaming setting, it’s less useful, but in a need, you can utilize an omnidirectional mic to capture many vocals in close proximity.

USB gaming mics: These connect to your computer by USB and include an inbuilt analog-to-digital converter (ADC) that converts the analog microphone signal to digital data. They’re simple to set up, don’t generally require special drivers, and frequently have noise reduction built-in. All the microphone in the list are usb type which makes a good microphone for youTube gaming

HyperX’s Quadcast pleased us in the best gaming setting of all the USB mics we tested. For most gamers, the HyperX QuadCast is the finest gaming microphone because of its voice softness and clarity.

When the mic is turned on, a stunningly dramatic red light glows behind the cradle. The light is turned off and the mic is muted by tapping the top of the mic. The QuadCast also comes with a highly strong shock mount, so you can relax and focus on your game without worrying about knocking the stand over and deafening your streamming friends.

It sounds amazing right out of the box, is aesthetically attractive, has excellent build quality, and provides excellent value for money. It doesn’t include a shock mount or a pop filter out of the box, but you won’t need them anyway… unless you want to go all pro way.

Razer is the company that makes the Seiren Elite. They are guaranteed to be sturdy, just like any other Razer product.

To begin with, it has a lot of features. It features a solid design, excellent sound quality, and zero-latency monitoring, so you can hear yourself in real time. Although it lacks the OLED display of the Razer Seiren, it performs excellently.

Conclusion. The reason I not writing much about because, It’s not even a question of whether the Seiren Elite is a superb microphone in terms of sound and build quality. Still, if you’re looking for a sleek cardioid condenser to match with your other Razer accoutrements, this is the best mic the company makes a good microphone for YouTube gaming and etc.

The legendary Blue Yeti was there from the start of the streaming revolution, and it’s still a common desktop feature on Twitch and YouTube. And rightfully so. It’s one of the most user-friendly microphones available, and it excels at picking up a single audio signal at a time.

The Logitech Blue Yeti is presently available for $115 (8,579.75 INR) and is made up of very high quality. It will remain where you tilt it on its heavy holder. This is the most beautiful USB microphone, thanks to the design of the stand and the subtle, retro appearance of the mic capsule itself, which is crucial when you’re streaming yourself for an audience of it will please audience due to its RGB lightning   However, if you truly adore RGB and want to sync all of your peripherals to the beat of the same light show, this is the one you can buy.

The Blue Yeti’s four polar patterns provide it a lot of versatility, so you’re not confined to a single cardioid pickup pattern,if you want to do music recording or podcasting this mic can handle easily.

While streaming, the controls are really simple to use. All you get is a single volume control and a mute button on the front of the mic, which is more than enough for the intended function. You’ll never strike the wrong object in the middle of a streaming, if you are searching a good microphone for YouTube gaming and easy to use then this is the one .

If you’re searching good microphone for YouTube gaming mic with a few more sophisticated capabilities than the Blue Yeti USB outlined above. This mic comes with Elgato’s Clipguard function, which successfully controlled audio loudness during testing. It also works with the Elgato Stream .The Wave:3’s tiny size makes it ideal for youtube streaming, compression, and high-resolution audio recording and portable

The Wave:3 is a very competent mic for people focused on streaming, thanks to its extensive software and hardware feature set.

Not so that cheap

The Rode NT-USB-Mini has amazing sound quality, and the NT Mini is a simple-to-use mic that anybody can operate. The Rode Connect program, which is a digital mixer, allows up to four NT Minis to be linked into a single computer without having to jump through hurdles. It shares the same design concept as the other little mic on our list, in that it is small and portable.

Most importantly, the Rode NT-USB-Mini appears to be an interesting piece of technology that makes a decent microphone for youtube streaming which make good microphone for YouTube

The HyperX SoloCast is meant to simply work—plug it in, place it in front of you, and you’re good to go—and it performs brilliantly in this area. The mic itself has a solid feel about it. It’s little, measuring just 13 cm (5 inches) long and 5 cm (2 inches) thick, weighing in at 260 g. The mic is contained in a black metal pop filter with a strong plastic and metal lower half. Nothing is squeaky or loose. Pack it in suitcase or bag and you are ready to go anywhere

. However, while the microphone is sturdy, the microphone’s stand isn’t. The HyperX SoloCast comes with a flimsy plastic stand with a ring mount right below the logo that encircles the mic. The stand’s base is weighted and has a rubberized bottom, which is great, but when I change the microphone’s position and i notice the stem and  bend and flex a little more than I want to see. It’s probably OK if you’re just going to leave it on a desk, but in a more demanding situation, you might want to upgrade to something more solid.

The HyperX SoloCast has a USB-C connector and a USB-C to USB-A cable, allowing it to connect to just about any Mac, PC, or PlayStation console. which make good microphone for YouTube and streaming

cutest one with solid performance

The Razer Seiren Mini is one of those adorably lovely pieces of gear that I want to put on my desk right now. The Mini’s attractive pill-shaped form and wide range of colors give it the individuality that some of our other picks on this list lack. To top it off, it sounds amazing.

The Seiren Mini is very lovely product and easy to setup  the other hand,  still irritated by the lack of a mute button which is only drawback of Razer seiren mini other then that this mic is worth to buying without any second thought.

We’ve concluded the list of the best microphones in India. It’s ultimately up to you to decide which microphone you should buy for your streaming of YouTube and gaming. We think the HyperX Quadcast and the Elgato Wave:3 Elite are excellent choices if your budget is not a concern.

If you want the best of the best, the Razer Seiren Elite is the way to go. It works flawlessly right out of the box. If your budget is limited, then go with the HyperX SoloCast or the Razer Seiren Mini. Both will provide value for money.